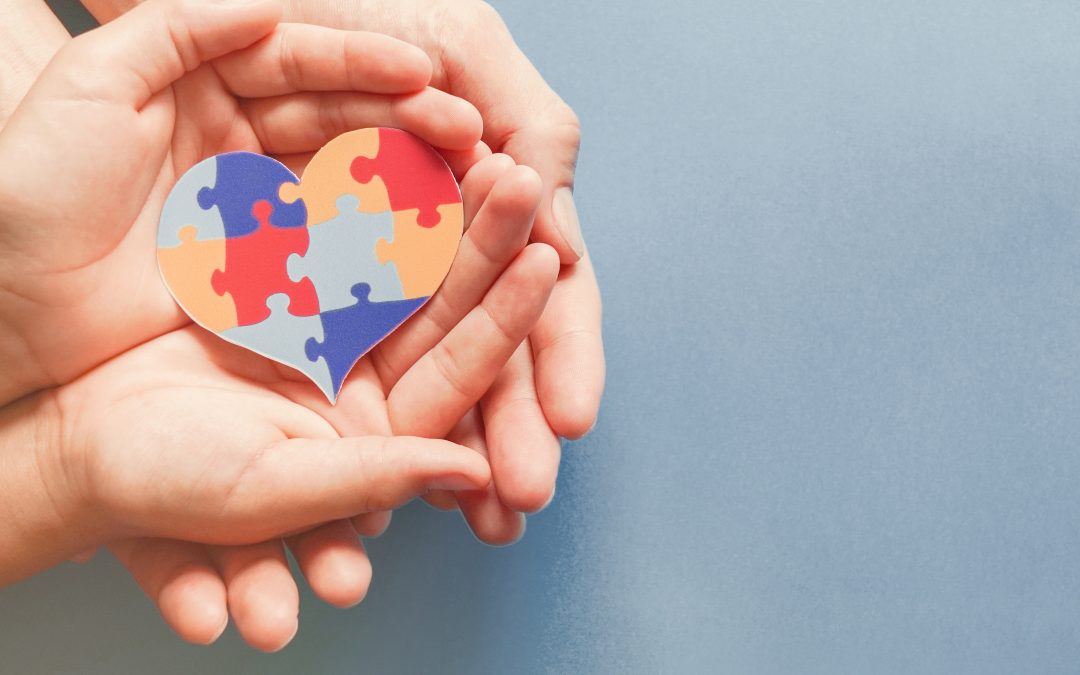 People who have autism are generally faced with the reality of numerous medications for a plethora of different accompanying issues. Many parents and people who have autism have turned to CBD as a plant-based alternative to the pharmaceuticals they are prescribed. With CBD products being a newer mainstream concept, research is minimal thus far. With an eye towards education, we have explored and compiled all the information we could find surrounding CBD interaction with autism.

As there is no medication that treats or cures autism, similarly CBD doesn’t treat autism itself, but studies show it can help to alleviate the symptoms that accompany this condition.

Autism, or autism spectrum disorder (ASD), refers to the range of conditions that affect people through their social skills and communication, and is often characterized by repetitive behaviors and speech and nonverbal communication. This condition is a spectrum disorder, meaning that individuals with ASD can range from mild or moderate symptoms to more severe, requiring constant support.

People with autism typically have a long list of daily medications, which can cause more problems than they solve. This lends itself to more parents and caregivers turning to CBD for alternative treatment, exploring CBD interaction with autism.

Anxiety and depression are commonalities seen in those diagnosed with autism. Many are put on mood stabilizers to combat these symptoms, which have countless negative side effects.

As of late, cannabis has been claimed as a top contributor for easing anxiety amongst the masses, and recent research has started to back these claims. CB1 receptors have been among the neurological transmitters targeted by anti-anxiety medication, as they play a key role in regulatory systems. Cannabinoids such as CBD function as the direct agonist to these receptors, creating an exciting pathway to aiding in this issue.

A study completed in Israel with children with autism around the age 11 concluded that 47% of these patients had lessened anxiety related symptoms. This is significant because it gives hope to those relying on harsh medications that have previously been their only option.

Another study completed with adults who have anxiety showed just under 80% of patients reported improvement in their anxiety levels after just two months of treatment using this cannabinoid.

Communication is a cornerstone concern for individuals that have autism. Verbal and nonverbal communication is commonly targeted in therapies for autism spectrum disorder. These issues can be directly related to anxiety, therefore affected by the same CB1 receptors that CBD has impact on. In a study completed in Brazil on 18 patients diagnosed with autism, communication was reportedly one of the strongest improvement areas.

People who have autism suffer from numerous health problems associated with this condition. An autism diagnosis is commonly synonymous with gastrointestinal problems, seizures and sleep disorders, among others.

As mentioned in our previous blog, cannabinoids like CBD interact with CB2 receptors to help regulate our body’s homeostasis. CBD interacts with regulatory function of the immune system, which can affect diseases with gastrointestinal symptoms. Studies show that a high CBD intake perpetuates regulation of these functions, decreasing symptoms that accompany gastrointestinal problems.

Seizures are also common in patients with autism. Many studies indicate a positive response from individuals with seizure disorders, with one medication currently on the market derived from cannabis.  Seizures occur due to electrical dissonance in one’s brain. CBD works to decrease the amount of excitatory neurotransmitters released to the brain, which lessons possible risk for a seizure. Understanding this concept, CBD has been worked into the pharmaceutical industry through Epidiolex, the first ever CBD drug approved by the FDA. This was specifically designed to treat people with treatment resistant epilepsy disorders, and the success rates quickly showed substantial reduction in seizures.

Individuals with autism spectrum disorder can be plagued by sleep disorders and dysregulated sleep patterns. Hyperactivity and aggression can stem from these sleep related issues. CBD can help mitigate this through affinity towards the CB1 receptors within our systems help to regulate proper sleep.  In a study conducted in Israel, children with autism were given CBD to treat comorbid symptoms of the condition. Results showed that over 70% of the patients studied had improved sleep habits.

CBD has been touted as a cannabinoid assisting in mental health therapy and specific health issues through anecdotal evidence for a while. The symptoms of autism are directly in line with the commonalities CBD has been claimed to treat. This lends itself to a hypothesis and a hope that alternative treatment for autism spectrum disorder is on the horizon.

Recent research has pointed in the positive direction for those growing wary of the multitude of pharmaceutical drugs associated with an autism diagnosis. As always, consult your doctor regarding CBD interaction with autism before including CBD treatment into your daily regimen when treating symptoms of autism. 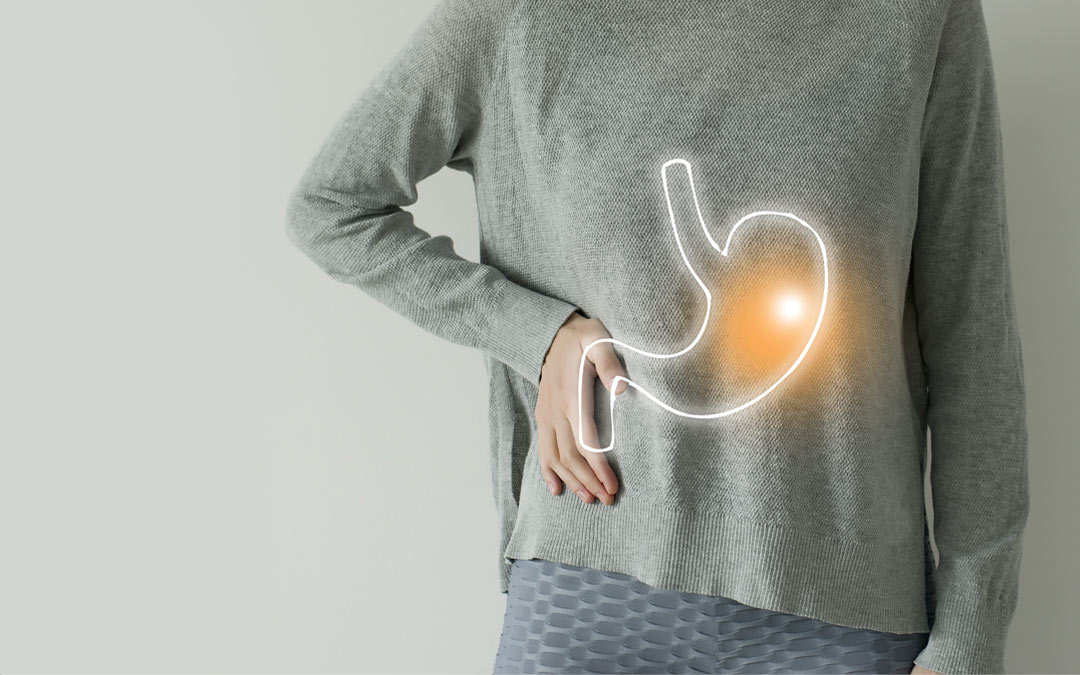 Digestive problems seem to be running rampant in today’s health community. Diagnoses like IBD, Crone’s, and leaky gut are becoming more prevalent. Many individuals have seemed to find relief from utilizing CBD in their daily routine, many finding correlation between CBD and digestive health.

The Endocannabinoid system in our bodies helps to regulate a whole host of functions, one of which is the immune system. Our first line of immune defense is our digestive tract, primarily the gut. This is why when we get sick we tend to notice gastrointestinal issues first. Many people with autoimmune diseases not primarily characterized with digestive problems still experience gastrointestinal discomfort. This is because their immune system is not functioning the way it should, thus their gut is not happy with them.

Diseases like IBD and Crone’s are situations in which the immune system in the gut is not working correctly and attacks the body as a foreign body or malicious entity. Those suffering with this disease experience gastrointestinal discomfort and food sensitivities. It is not known exactly what causes this immune system malfunction, but current research indicates it might have a connection with the endocannabinoid system. This would make sense because of the endocannabinoid system’s great influence on the immune system.

In a study done in 2011, a number of patients with IBD that was resistant to treatment showed marked improvement in symptoms following an introduction of CBD oil into their daily regimen. It is unclear whether or not this was merely based on cannabinoids helping with the symptoms or the underlying issue causing them. However, this is promising to those who experience frustration without relief of their disease.

The most significant improvement seen is in the quality of life. For those with chronic illness, living a normal life with the disease is the hardest part. With limited options for treatment of these inflammatory conditions, CBD offers a viable option for relief. With legalization of cannabinoids from hemp and medical marijuana, more and more patients are turning to alternative treatments.

Crone’s disease is an autoimmune disease that is characterized by inflammation of the digestive tract. Those with this disease often suffer gastrointestinal discomfort and pain. Food sensitivities accompany this illness and often lead to extreme weight loss. In a study that compared the use of CBD to a placebo, the group that consumed cannabis showed more improvement in their symptoms. It is important to note that these results are in comparison to a placebo treatment. However, when considering the alternative medications to Crone’s and their side effects CBD might be a more appealing option.
In many cases, steroids are used to treat chronic inflammation, and when used long term they can cause diabetes, high blood pressure, and higher risks of infection.

While there is limited evidence that shows the validity of actual treatment of diseases using cannabinoids, the improvement in symptoms is enough to give hope. As with any medical decision, be sure to consult with your doctor if you are considering adding CBD to your diet. Consider any other medications you are taking as some are metabolized in a way that is not compatible with CBD.